I was born in Senta, Yugoslavia in 1981. I graduated from the Faculty of Medicine, Albert Szent-Györgyi Medical University in Szeged in 2006. Since my graduation, I have been working at the Department of Traumatology, University of Szeged, currently as an assistant professor.

In 2012, I specialized in Orthopedics and Traumatology, and the same year, I started my doctoral studies in the Doctoral School of Interdisciplinary Sciences, Faculty of Medicine, University of Szeged. I was awarded my PhD doctoral degree in 2016.

Besides Hungarian, I speak English, Serbo-Croatian, and German, and I have the state language exam certificate in all the above three foreign languages. Besides providing patient care and doing scientific research, I have also been involved in the theoretical and practical training of graduate students at our clinical department both in the Hungarian language and in the English language programs.

I have attended several national and international congresses, where I presented my scientific results. I studied shoulder and spine surgery at the Schön Clinic in Munchen on two occasions between 2016 and 2017. In 2018, I spent a one-month scholarship at the Traumatology Department of the Regensburg University, during which I attended the surgical operations of primary traumatology and degenerative bone deformities. In the same year, I accomplished successfully the Orthopedic Seminar of the Salzburg American–Austrian Open Medical Institute.

In patient care, I work on the differential diagnosis and surgical therapy of Traumatology and Orthopedic outpatients and inpatients as well as cases of emergency.

I am specialized in the examination and treatment of locomotor (movement), joint diseases. I mainly attend cases of pain, degeneration, injury, inflammation, and other complaints in the shoulders, hips, knees, hands, and feet, and I provide both conservative and surgical therapy. 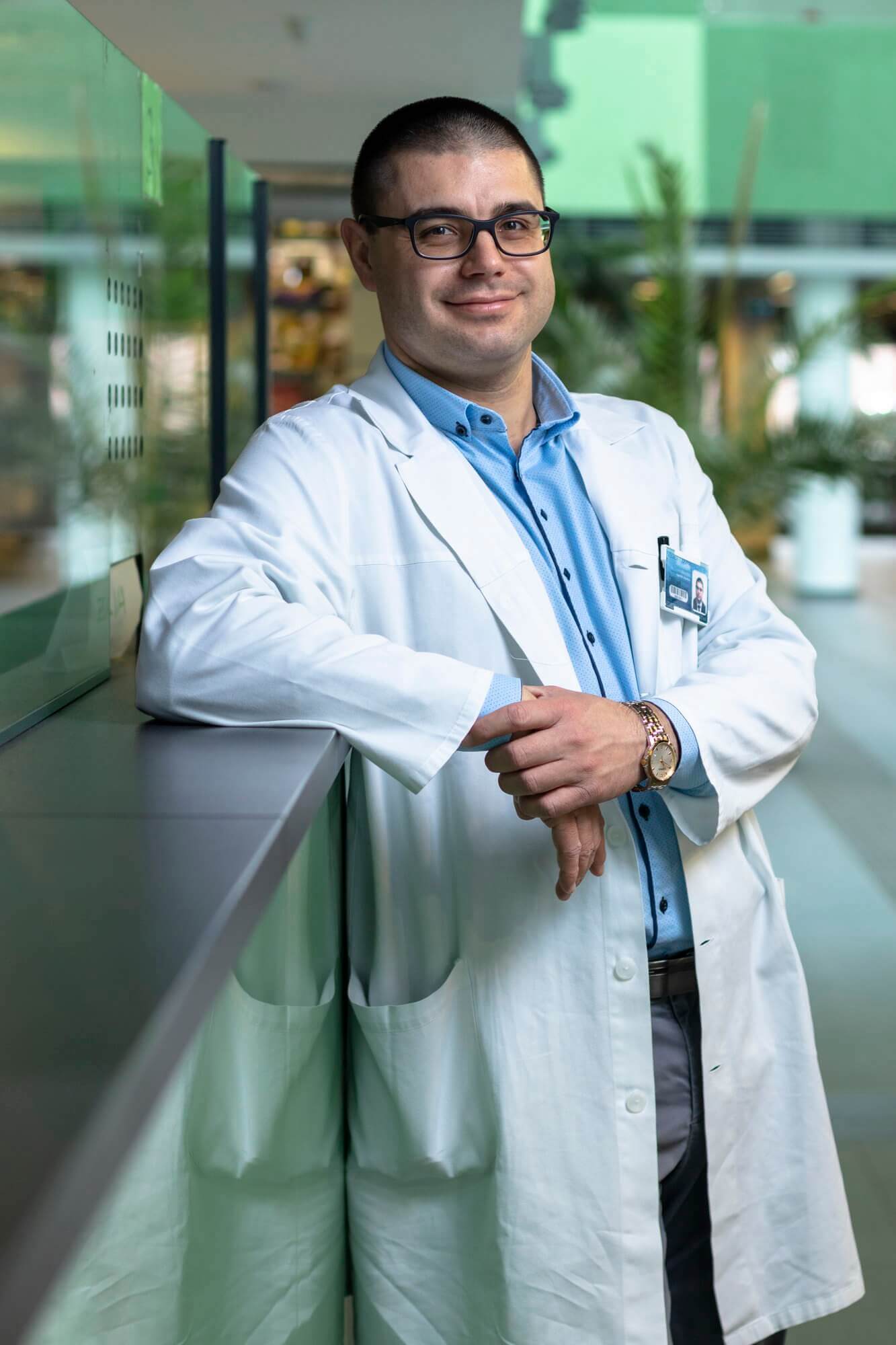 Please take a look at our services and price list!